This fastmem expansion is made for the Commodore accelerator A2630 - probably the most popular accelerator for the Amiga 2000 computer. As opposed to other expansions that have been available for this accelerator, this one does not require additional software installation.

When compared to the on-board memory of the accelerator, this memory expansion is much faster, adding more performance to your system.

The BigRAM2630 is available in two different versions. In the normal version and version for the wrong equipped A2630 accelerator. This version of the BigRam A2630 is suitable for the reverse version.

Caution: This expansion may not be connected to any other accelerator!

112MByte memory are automatically added to the free memory pool. 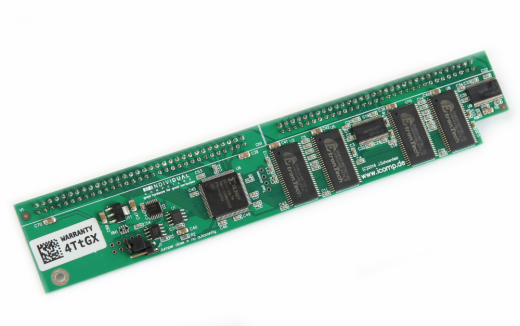