Memory expansion (and more) for Amiga 600

A604 installed in Amiga 600 and fitted with RTC module.

The A604 responds to that demand. In addition to that, the A604 has not only one, but two clockports for A1200-hardware. The second clockport even reaches a 60% higher transfer speed than the first, which makes E3B's Subway a lot faster.

The tight space in the A600 is a challenge even to experienced modders. Arranging the clockports in a way that A1200 hardware can be added directly is not possible, so only clockport expansions with a cable can be used (for example Delfina, Silversurfer limited edition, Catweasel MK2). Unfortunately, sometimes even that cable takes too much space. This is why the A604 comes with a riser card that provides a good mechanical solution and a perfect space for the Subway USB controller by E3B. The riser card is mounted using the floppy drive's screw.

If your A600 is equipped with an upper shield, it must be removed if you want to make use of all options that the A604n offers. Using the A604n as memory and RTC expansion only does not require removing the upper shield. In that case, installation can be done through the trapdoor opening without having to open the computer. 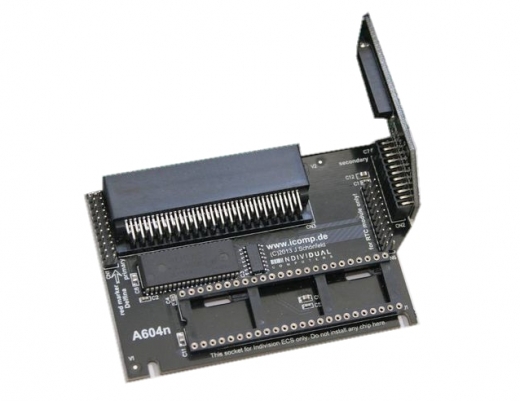